The second day of the competition of the 2022 European Karate Championships put the spotlight on stars of the sport who prevailed today. Anzhelika Terliuga of Ukraine, Angelo Crescenzo of Italy, and local hopefuls Serap Ozcelik Arapoglu, Burak Uygur, and Eray Samdan were among the heroes of the day.

The final of Female Kumite -55kg will be one of the highlights of the tournament as it will be a repetition of the title-deciding bout of the Olympic Games Tokyo 2020. Both Olympic gold and silver medallists Ivet Goranova of Bulgaria and Anzhelika Terliuga of Ukraine used the Olympic success in their favour to qualify for the final of the continental event. 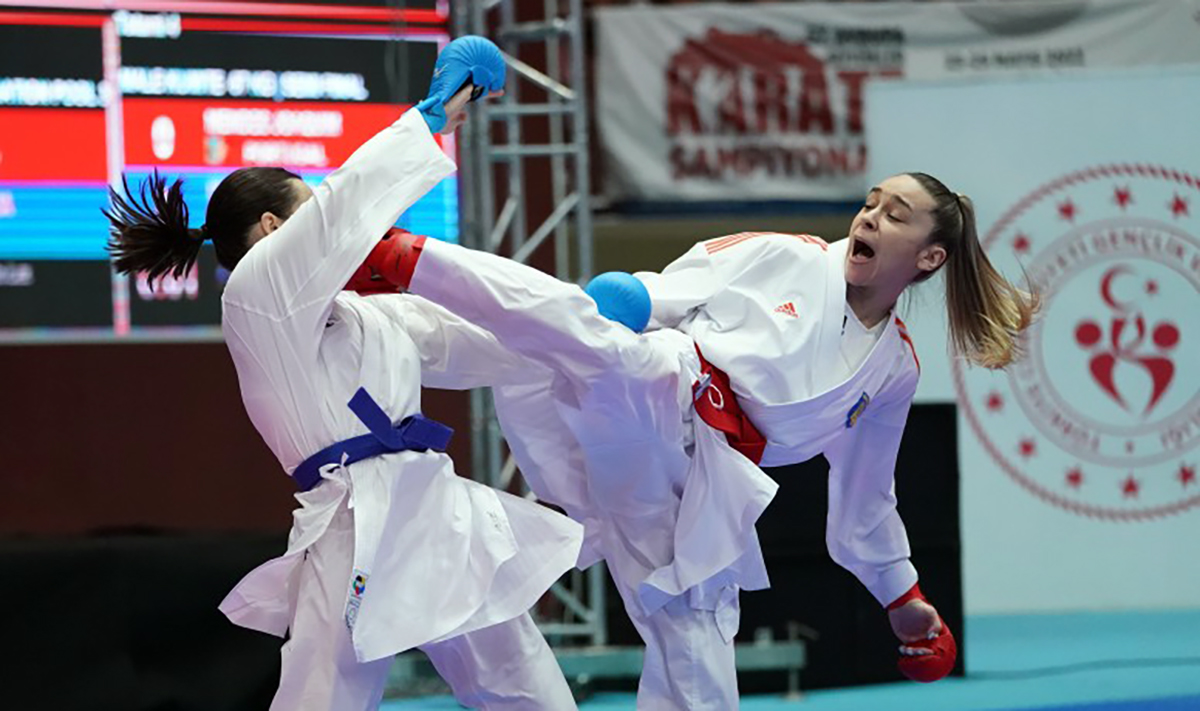 Turkey’s Serap Ozcelik Arapoglu took advantage of the home-ground factor to add her name to the list of finalists of the organising country. The World ranking leader from Turkey will fight for her sixth continental crown after claiming a convincing 5-1 victory over Jelena Pehar of Croatia in the semi-finals.

Her rival in the final of Female Kumite -50kg will be Erminia Perfetto of Italy. The promising Italian karateka has never reached the last round on the international stage, and she surprised favourites following a compelling 6-2 triumph over Laura Hoffmann of Luxembourg.

Dionysios Xenos of Greece produced the biggest upset of the day since the Greek karateka defeated World and Olympic champion Steven Dacosta of France in the semi-finals of Male Kumite -67kg. The top favourite and owner of the double Olympic and World crown was overpowered by Xenos who used a slim “Yuko” to win the bout 1-0 and earn the ticket to the final. Xenos is the defending continental champion and aims at his second consecutive title.

The final of the category will be a clash of Titans since Xenos will fight for the crown against Burak Uygur of Turkey. The local hopeful is a two-time continental champion and intends to recover the title at home. Uygur claimed a tight 1-0 victory over Portugal’s Joaquim Mendes with a “Yuko” in the last second of the bout. 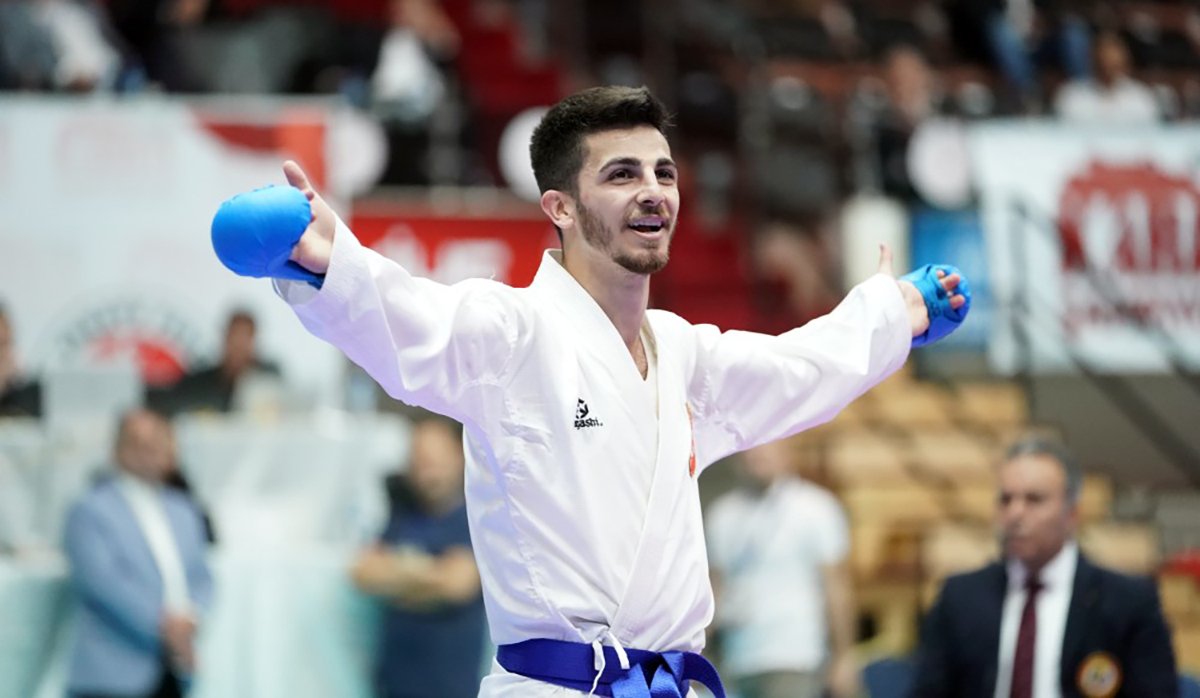 Breaking the trend of the first day of the competition, the favourites did prevail in the category of Male Kumite -60kg. The final will see Olympian Angelo Crescenzo of Italy facing current continental champion Eray Samdan of Turkey.

Defending titleholder Samdan gave local fans plenty of reasons to celebrate as he will fight to keep the continental crown following a convincing 6-2 victory over Christos-Stefanos Xenos of Greece.

Meanwhile, current World Championships runner-up Angelo Crescenzo used the experience in his favour to make it to his third continental final. The two-time continental silver medallist defeated Ronen Gehtbarg of Israel in the semi-finals 3-1. 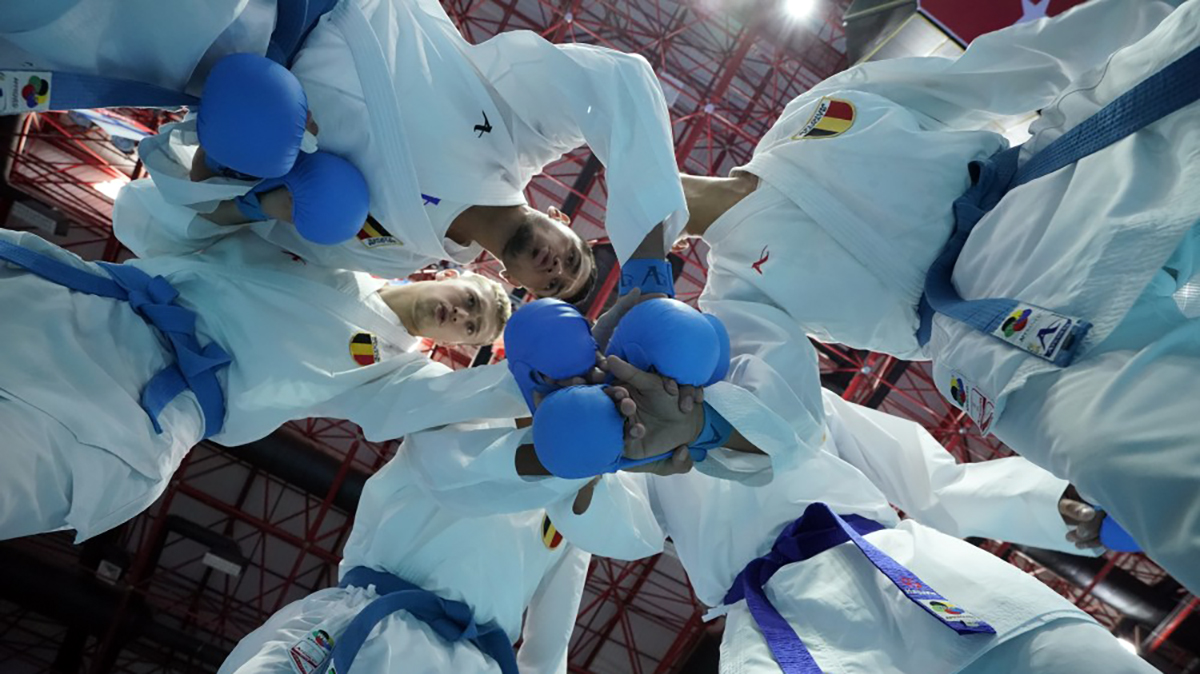 The competition continues Friday with day 3 of action from Gaziantep (Turkey). All the medal bouts on Saturday and Sunday will be available LIVE on the WKF YouTube channel.

CLICK HERE to go to the micro-site of the 2022 European Karate Championships.