Turkish karatekas succeeded in the 2022 European Senior Karate Championships being held in Gaziantep (Turkey). The event concluded Sunday with the crowning of the best teams in the continent.

The clash of Olympians to lead their teams to the top of the podium in Male Team Kumite went to Steven Dacosta’s hands as the World champion headed France to upset Rafael Aghayev’s Azerbaijan in the final.

France took the title in the thrilling title-deciding bout that ended 3-1 for the French side.

Powerhouse nations of Italy and Turkey dominated the Team Kata competition. The Italian side defeated Spain in Female Team Kata after excelling in their performance of “Ohan” Kata. Italy received a score of 26.44 for 25.54 of Spain.

Turkey won their second gold medal in Kata to a total of seven crowns as the Turkish Team claimed the title in Male Team Kata. The host nation upset Spain in a tight final. The representatives of the organising country presented “Unsu” kata and got a score of 26.8 for 26.02 of the Spanish side. 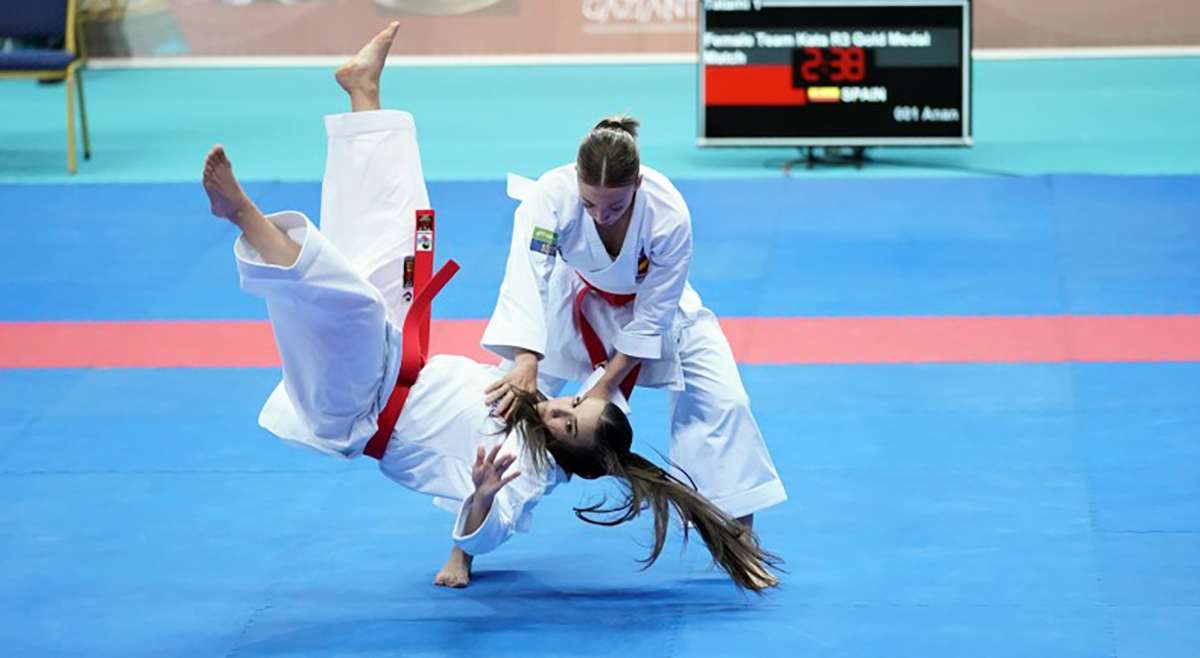 With this title, the Turkish delegation completed a successful tournament. The hosts headed the final medal table with nine medals and seven golds. Croatia with four medals and two golds and Spain with five medals and one gold also finished with deserving performances.

The new continental champions in the last Para-Karate categories were crowned on Sunday. The division of Wheelchair User took the stage on the final day to demonstrate once again the resilience and tremendous strength of will of the Para-karatekas.

Spain’s Isabel Jimenez extended her domination in Wheelchair user Female as she added the continental title to the World crown. Jimenez, who was the defending champion, upset Murvet Demirtas of Turkey by 43.32 to 38.54.

The next edition of the Senior European Championships will be held in Guadalajara (Spain) in March 2023.