Spain topped the medal table of the 2022 EKF Cadet, Junior & U21 Championships. The powerhouse nation of the sport dominated the competition with a tally of 14 medals including eight golds. The tournament being held in Prague (Czech Republic) was a celebration of the popularity of Karate at young ages in the continent.

Julieta Alvarez claimed the first title for Spain after defeating Mai Linh Bui of France (25.02 to 24.88) in Cadet Female Kata while Joao Vieira of Portugal claimed a tight victory over Juraj Muller of Slovakia (24.56 to 23.38) in Cadet Male Kata.

Spain’s dominance in the Kata categories continued in the Junior competition as Paola Garcia Lozano edged Chiara Manca of Belgium 25.74 to 25-14. The gold medal in Junior Kata Male went to Furkan Kaynar of Turkey who beat Damian Miklovics of Slovakia (25.2 to 24.12).

The third title for Spaniards in Kata came in the category of U21. Sabrina Savoy defeated Natacha Fernandes of Portugal 25.32 to 24.22 so to improve the bronze medal she won last year in Tampere (Finland). In U21 Kata Male, big favourite Enes Odzemir of Turkey confirmed the predictions and won his second U21 continental title following a convincing 26.52 to 25.66 victory over Alessio Ghinami of Italy. 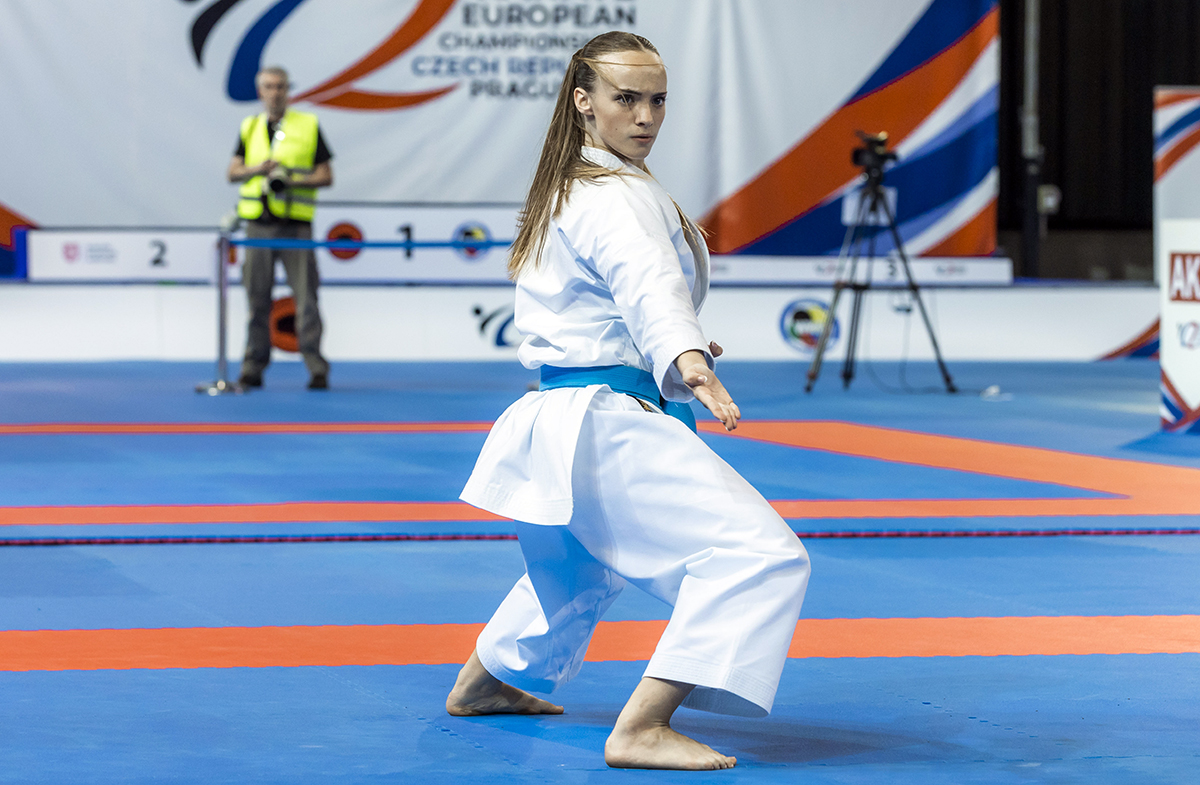 The rest of the titles in Cadet Female Kumite went to Poland as Zuzanna Dopieralska beat Christina Triada Pappa of Greece 6-3 in -47kg, and to Ukraine after Dariia Bulai’s victory over Houda Taklit of France 1-0 in -47kg.

Belgium took the first crown in Cadet Kumite Male since Matt Rombeaux defeated Scotland’s Joe Gallagher 3-0 in -52kg. Cristian Gutu of Moldova beat Luka Pejic of Bosnia and Herzegovina 2-0 in -57kg while Tarik Salkic of Bosnia and Herzegovina claimed a tight triumph by “Hantei” or decision (0-0) over Luciano Novo of Portugal in -63kg. Rahib Azim of Azerbaijan dominated the final of +70kg over Alexander Davies of Luxembourg 1-0.

The fourth title for Spaniards thus far was taken by Marcos Garcia-Gil who upset Robin Mateo Zuniga of Germany 4-1 in the final of Cadet Male Kumite -70kg. 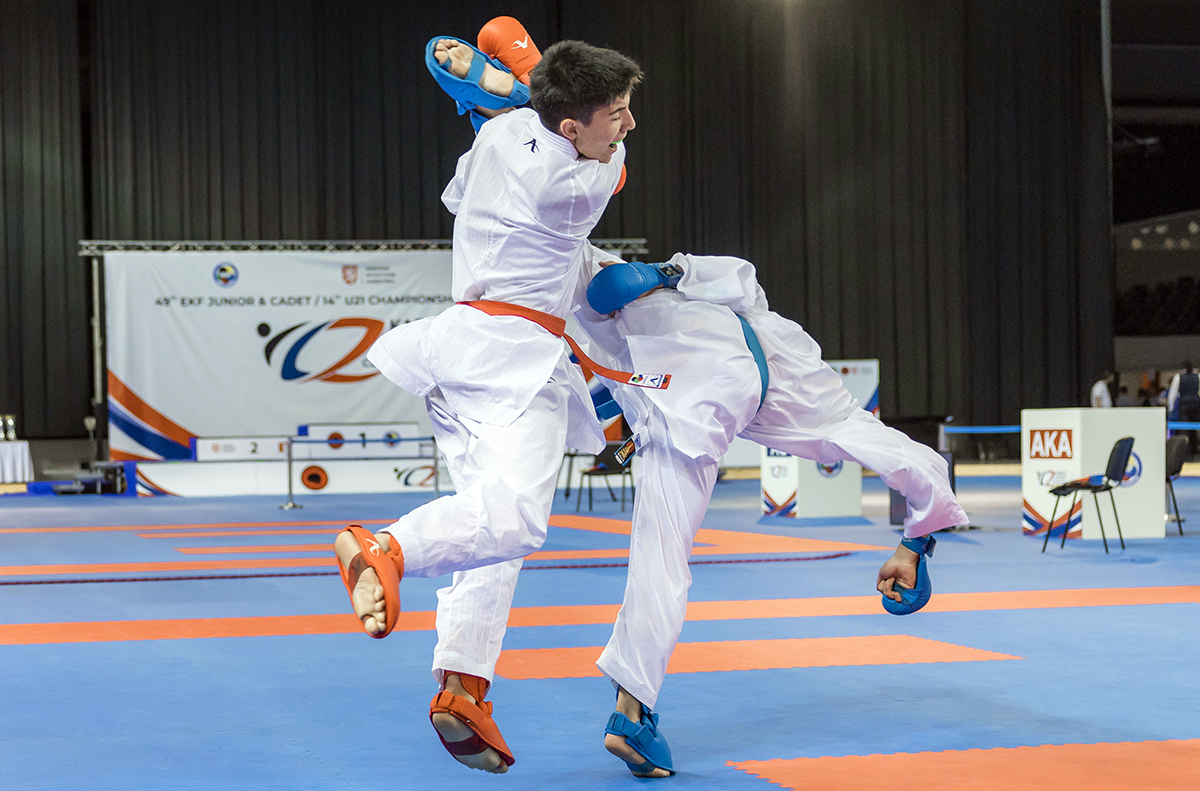 Big winners of Spain increased their gold medal count in the Junior competition with Mireia Vizuete’s triumph over Lucia Mrazova of Slovakia (4-1) in -48kg, and with Zsamoran Shotte’s victory over Guilherme Goncalves of Portugal 5-1 in Junior Male Kumite -68kg.

The Slovak delegation bounced back from this defeat in the following final, as Nina Kvasnicova became continental champion in –53kg (3-0 against Ukraine’s Natalia Osadchuk).

The first crown in Junior Male Kumite was claimed by Islam Selmani of Kosovo who defeated Balsa Vojinovic of Montenegro 1-0 in the final of -55kg. 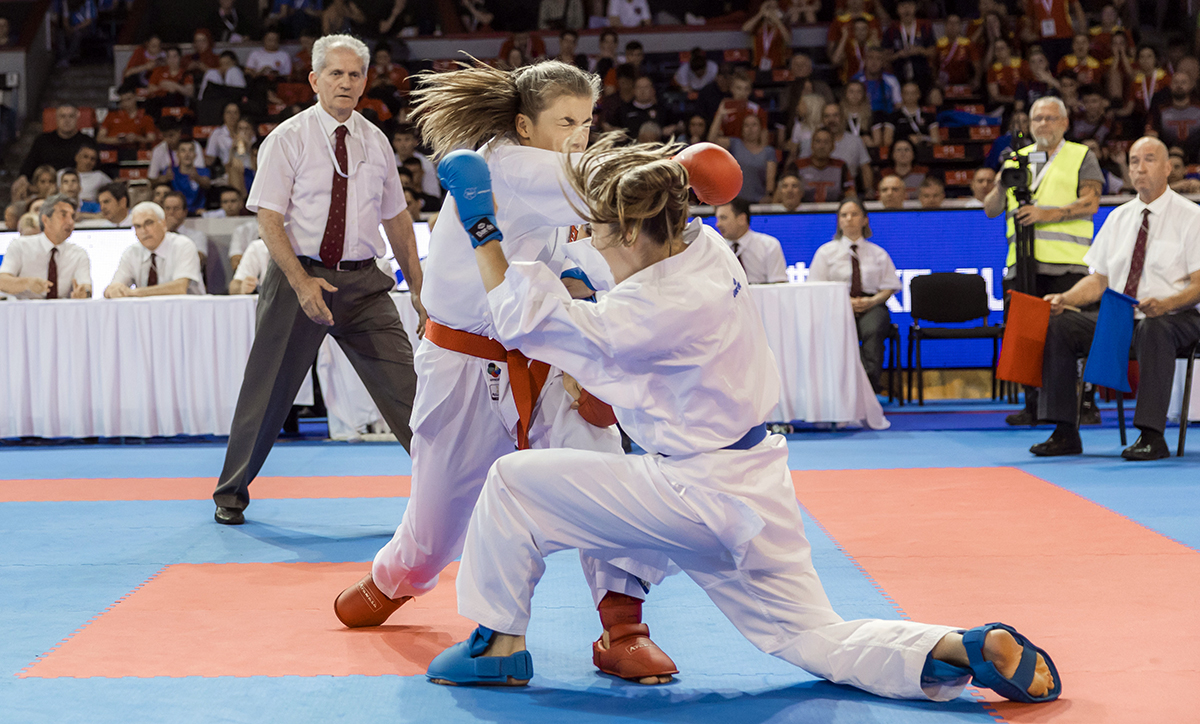 Davyd Yanovskyy inaugurated the gold medal count for Ukraine as the young karateka beat Hasan Celal Yildrim of Turkey 3-2 in the final of -61kg.

The list of gold medallists in Junior Kumite Male was completed with Vahid Hasanov’s victory 5-0 over Lazar Potpara of Montenegro in +76kg.

MEDALS IN U21 SPREAD OUT ALL OVER EUROPE

Youth Olympian Zsofia Baryani of Hungary became one of the stars of the event as she took the continental crown in U21 Kumite Female -55kg. The 2020 European champion defeated Amiee Pollard of Scotland in the final 1-0.

In Female Kumite -50kg, Niswa Ahmed claimed the first gold for the powerhouse nation of France after beating Ema Sgardelli of Croatia 1-0.

The final of Female Kumite -68kg was one of the highlights of the day as two of the most talented young competitors engaged in a showdown of offensive karate. The triumph was claimed by Elina Sieliemienieva of Ukraine who defeated Youth Olympian Lauren Salisbury 7-4. 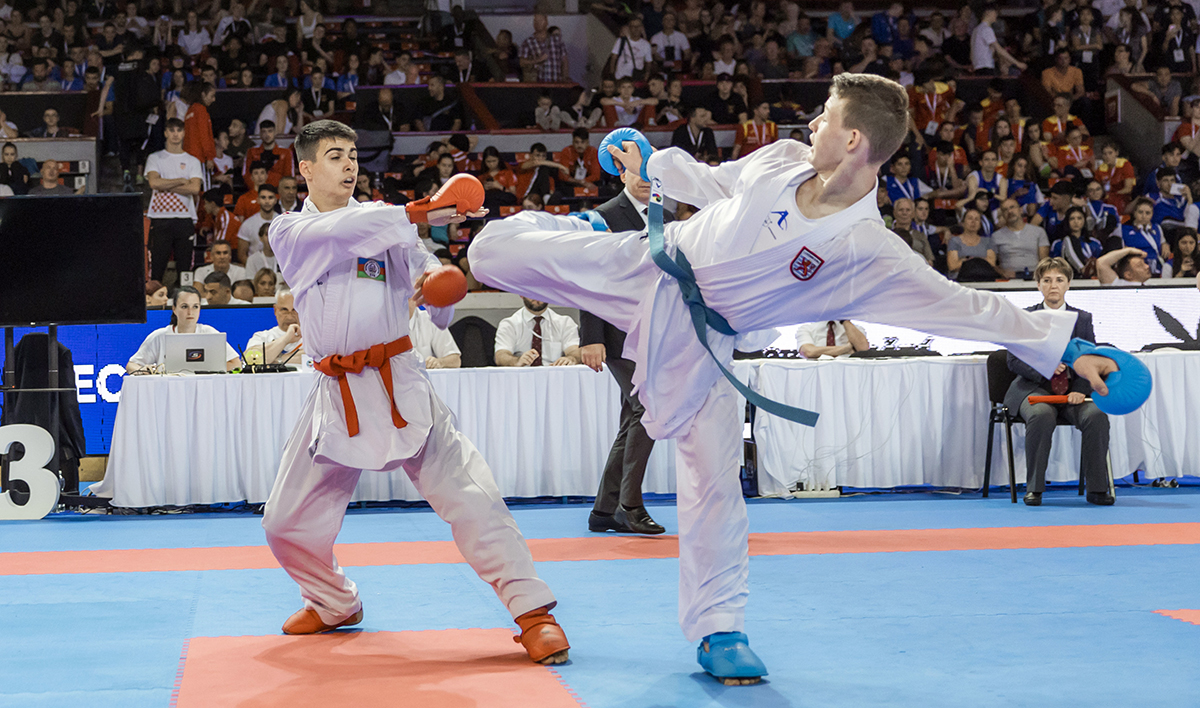 Marta Pascual of Spain produced the biggest upset of the day as the promising Spaniard defeated defending Senior champion and Youth Olympian Ivana Perovic of Serbia in the final of Female Kumite +68kg. It was the highest-scoring bout of the event as the clash ended with a whooping 10-7 for the Spaniard.

The gold medal by Trine Fuyu Lind of Denmark (1-0 over Aleksandra Ilankovic of Hungary) in -61kg completed the list of titles in U21 Female Kumite.

Burak Ozdemjr took the fifth gold medal for Turkey with a tight 5-4 victory over Pavle Dujakovic of Bosnia and Herzegovina in U21 Kumite Male -60kg.

The leading nation of Azerbaijan got to add one more title in U21 Kumite Male. Huseyn Mammadli defeated Youness Oualad Haj Amar of Belgium in a tight final of U21 Male Kumite -67kg (4-3).

The Team Kata competition wrapped up the event. The crowns in the Male and Female Cadet & Junior Team Kata categories went to Spain and Italy, after defeating Italy (25.54 to 24.86) and France (24.96 to 23.82) respectively.

The next edition of the EKF Cadet, Junior & U21 Championships will be held in Cyprus in February 2023.

CLICK HERE to go to all the info on #KaratePrague2022.